Association of Friends of Schloss Wiepersdorf 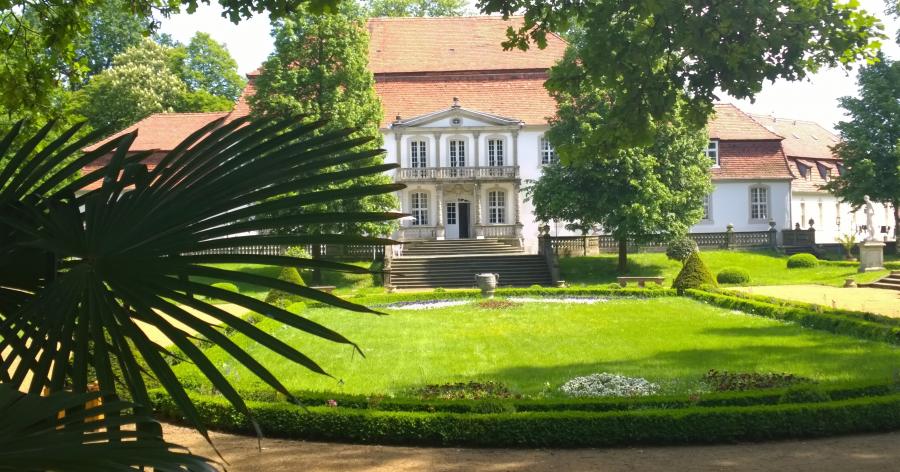 The Association of Friends, a registered non-profit organisation according to German law, is an independent organisation supporting literature and related cultural activities. It was established in 1991 in Frankfurt at the Goethe House and has enjoyed its support since then.

The Association of friends is supporting the Artist Residency Schloss Wiepersdorf (Kulturstiftung Schloss Wiepersdorf) as a place for lively debates, creative work and substantive encounters. Alongside, it has established cooperation with the Berlin Literary Action - the "Berliner Literarische Aktion". I

Schloss Wiepeprsdorf was the historic home of Bettina and Achim von Arnim, the famous romantic literary couple, who moved there in 1814. Their works, European romanticism and its role as a precursor to modern literature, the arts and music are given our special attention.

The Association has handed over responsibility for the "Bettina und Achim von Arnim - Museum" at Wiepersdorf, to the Cultural Foundation in 2019. It was renovated in 2022.

Learn more about the history of Schloss Wiepersdorf

A portrait of Bettina von Arnim, painted by her grandson Achim von Arnim-Baerwalde (who lived at Wiepersdorf), was made available by the Association of Friends to the official residence of the German Federal President at Schloss Bellevue. President Steinmeier selected it for his office in 2022.

Schloss Wiepersdorf remained in the Arnim family until 1945, when Soviet troops occupied the place. The family had to leave the Schloss. The last private owner of the three Arnim-family estates Wiepersdorf, Zernikow and the medieval castle Bärwalde (close to Wiepersdorf, destroyed in 1947) was Friedmund von Arnim, who died in 1946 as a prisoner in the Soviet Union. His sister, the painter Bettina Encke von Arnim, managed to help transform Schloss Wiepersdorf into a public literary retreat for writers and artists. She was supported by Ivan Katz, a former Communist and Jewish member of the Reichstag, who enjoyed protection by Friedmund von Arnim and by the Encke family during the Nazi-era. Starting in 1946, at the initiative of Bettina Encke, Schloss Wiepersdorf became a holiday home and place for studies in the GDR-era. The Arnim-family then left East Germany.

Friedmund von Arnim’s s wife Clara von Arnim, née von Hagens, founded the „Association of Friends of Schloss Wiepersdorf“. She renounced her entitlement to claims for compensation and secured the transfer of the literary heritage to the Weimar Classic Foundation. For placing public over private interest, German Federal President Johannes Rau awarded her the Maecenas Prize of the Circle of Independent Cultural Institutes in 1999. Professor Hartwig Schultz, the former Head of the Brentano Department at the Goethe-House in Frankfurt followed Clara von Arnim as chairman until 2013, when Ambassador (ret.) Dr Norbert Baas was elected his successor and has been chairman since then. He served as German Ambassador in Georgia, South Korea and Indonesia including ASEAN. Previously, he was director for relations with Russia, Central Eastern Europe and the Caucasus. Norbert Baas was re-elected in 2022 as President of the Association of Friends of the Johns Hopkins University SAIS Europe.

The Association of Friends of Wiepersdorf are grateful for gifts to support the Artist Residency and the museum. Transfers to the account „Freundeskreis Schloss Wiepersdorf e.V.“, Mittelbrandenburgische Sparkasse, IBAN: DE90 1605 0000 1000 5265 81, BIC: WELADED1PMB